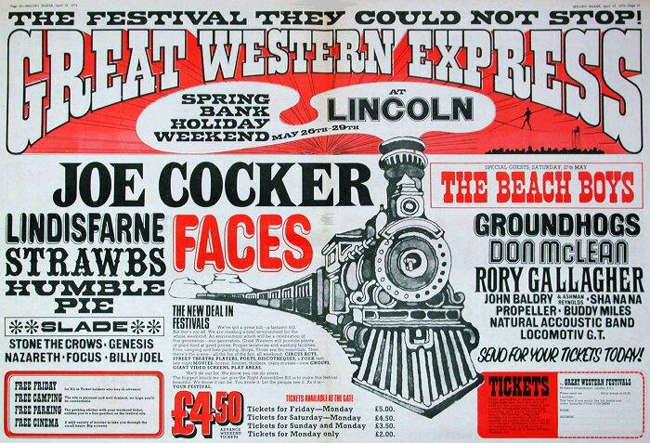 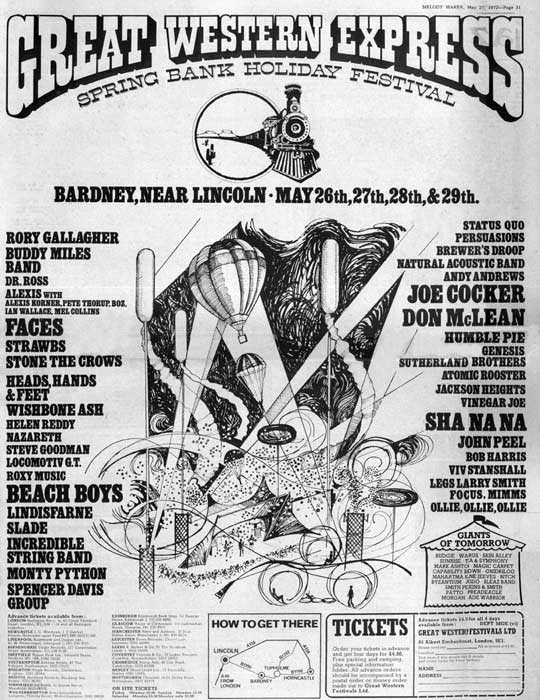 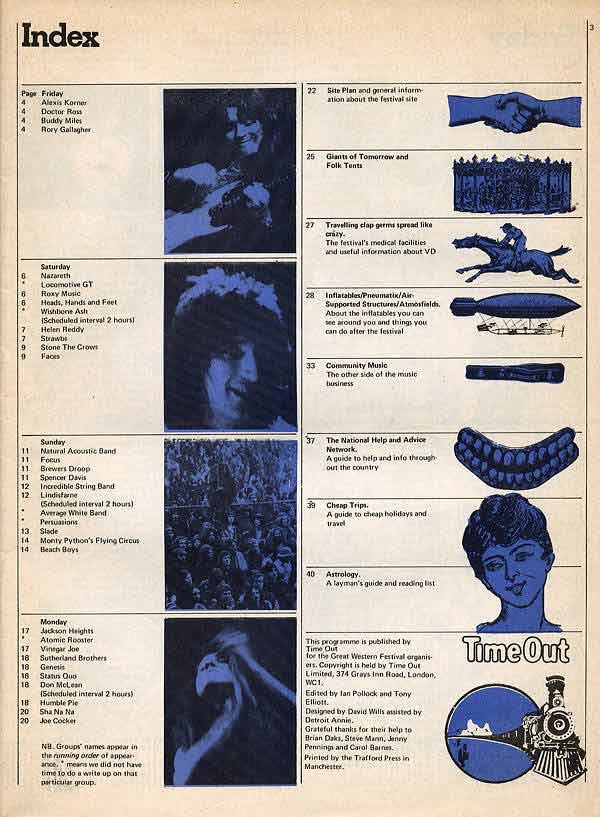 I feel that a bit of information is needed about this one.
It is just now 40 years ago that this festival took place.
The Great Western Express Festival was billed as the 'festival they could not stop' and was held at Bardney near Lincoln UK over the period Friday 26th May 1972 to Monday 29th May 1972. The advance ticket price of £4.50 got you four days worth of music including, Genesis, Rory Gallagher, Don McLean. the Beach Boys, the Faces, Joe Cocker, Monty Pythons Flying Circus etc.
Rory and band headlined the first night and also were on again on the Saturday (I also taped that performance) - in place of Helen Reddy who apparently was pregnant and unable to attend.
I travelled down late on the Thursday with a friend from Bristol and followed the long procession of like-minded folk in a convoy from the railway station to the site.
It was a spur of the moment decision and we arrived ill equipped - like many others - and spent most of the time sheltering under plastic sheets to keep dry/warm.
A friend who was unable to attend had asked me to tape some bands and bought me a tenners worth of Emitapes - quite low quality but all that could be afforded at that time.
I took my Phillips mono cassette recorder and taped a number of the bands for my friend including, Don McLean, The Beach Boys, Vinegar Joe etc.
The quality of these varies depending on how heavy the rain was falling, how drunk we were at that time, how many tinnies were being thrown at the can dump beside us etc.

This recording is not too bad taking everything into consideration. I digitised all these a few years back to try and combat further deterioration in the master tapes. I really could have done with a player with azimuth adjustment to do the transfer and have not done any processing at all to the sound. This recording was spread across a number of sides of C60's so you will be able to spot the joins.

I've never seen any other recording of this festival or Weeley recordings (other than T Rex and VDGG) - if anyone has any tucked away please dig them out. One day they could get tossed away as of no interest and lost forever 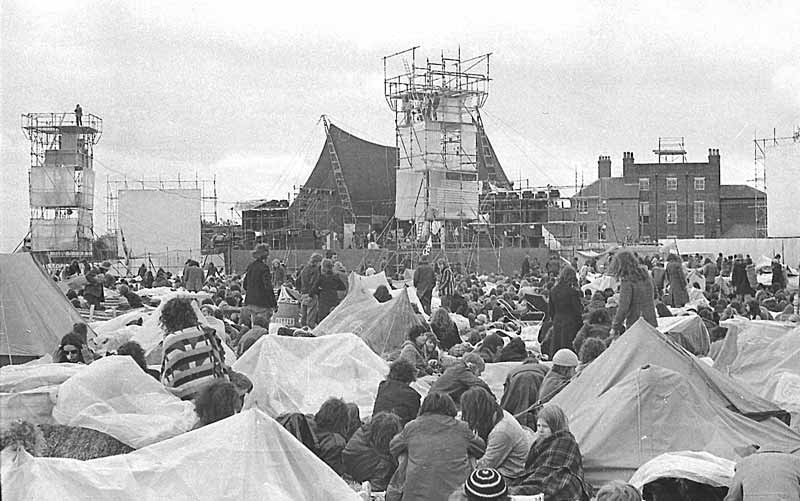 Rory Gallagher played a very popular acoustic set featuring numbers like Pistol Snapping Blues and Going to My Home Town and this brought the audience to life, proving that given the right mix of charisma , good songs and fine playing the weather becomes irrelevant ....

Rory Gallagher (replacing Helen Reddy who was unwell due to her imminent pregnancy ) played a short set as the opener for the evening session and once again , he did a sterling job .

Hello,
Some photo's and a Poster; 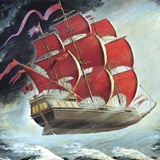 thanks a lot Wim 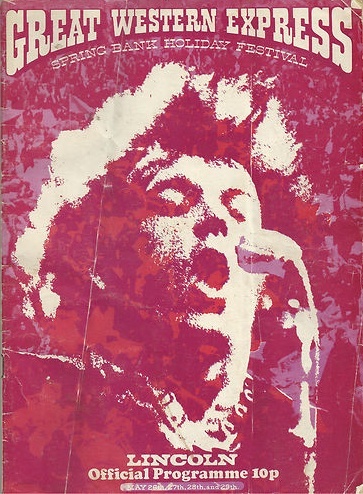