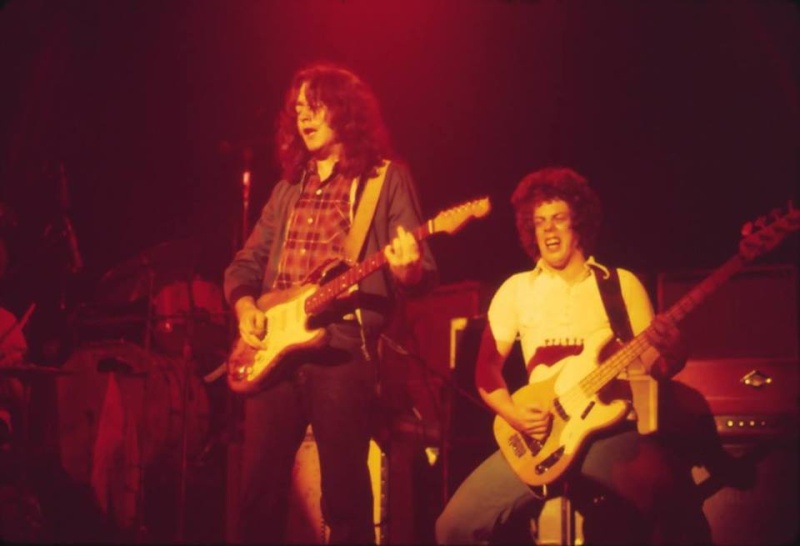 "This was definitely the Against The Grain Tour at Western Illinois University Macomb, Illinois. I thought it was '75 but most likely was early '76. It was a unique night as Rory was sandwiched between Leslie West Band(w/Mick Jones) and Ted Nugent. My brother and I walked into the hall early to see Rory's roadie getting set up and the next thing you know he was quite agitated. It appears Nugent wouldn't give up time to let Rory get in a sound check. No matter for Rory. My brother and I stayed planted in the front row and the next thing I know the doors open and a fairly young guy sits next to us with a tweed Fender guitar case. "What's up with that ?" I asked him. He told me Rory had said he'd sign the guitar after his set. Well, Leslie played a nice powerful set and then Rory came out and blew the doors off. The guy next to my brother and I asked if we wanted to go back stage and meet Rory. My biggest regret to this day. We just wanted to get out before Nugent's noise started and we headed home. I saw Rory on most US tours after that throughout March of '91 Fresh Evidence Tour and never had another chance like that. Here's a couple of my favorite from this show." 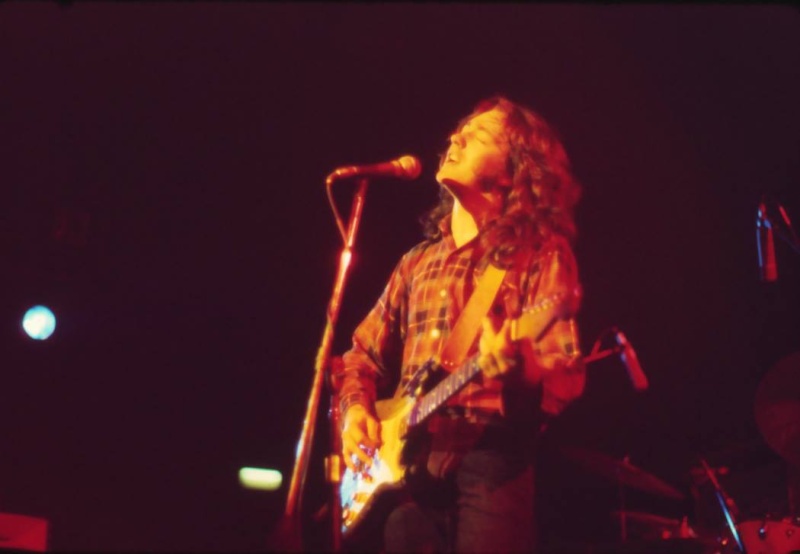 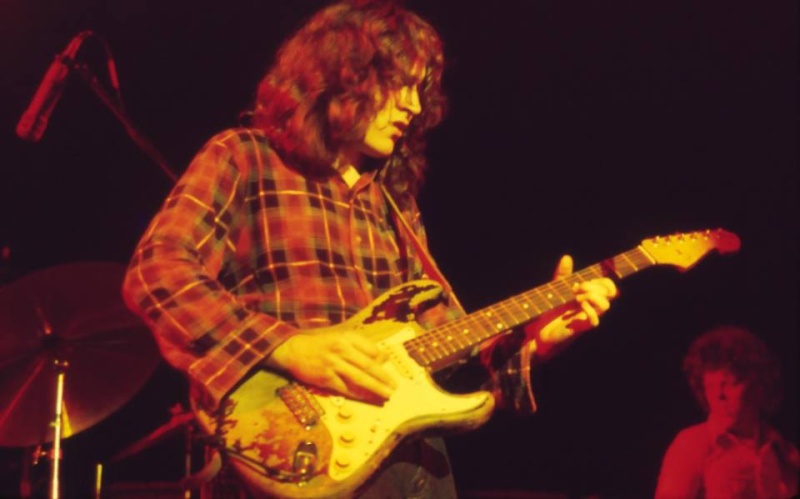