Rory Gallagher a écrit:'I saw this guitar in Cork City in Ireland in 1962 in the one and only music shop that was there at the time, Michael Crawley's. I was a huge Buddy Holly fan, and a Hank Marvin fan as well, of course. He showed this guitar to me, and said, "Do you wanna buy it?" Luckily, bit by bit we got it paid off, week by week, gig by gig and I've had it ever since.

'It was a sunburst Strat that it turned out someone had traded in for a red one. It's dated November '61, and in certain people's point of view this is where they hit the peak. Certain people say that '54 or '55 is the best, but the '61 is a pretty good point really. I like maple necks, like on the earlier guitars. They're probably a bit more crisp, but there's a warmth to this, a mellowness, cause of the rosewood neck.

'This is the best, it's my life, this is my best friend. It's almost like knowing its weak spots are strong spots. I don't like to get sentimental about these things, but when you spend 30 years of your life with the same instrument it's like a walking memory bank of your life there in your arms.

'One of the most worrying times was when the guitar got stolen. I'd borrowed a new Tele off a friend which I left with the Strat. While we were away someone put a brick through the window and made off with the two of them. For a while I really felt the loss; I had to play on an old Burns and was starting to get desperate. Then I got a phone call and they'd had the guitar on television, on Police Five, or Gardia Patrol as we call it in Ireland. The guitar had been found behind a garden wall in Dublin, all scuffed up and chipped. I've cherished it ever since. I love it -how would you define that?

'The only adjustments I've done to this guitar is to put on heavier frets than normal and I've muted one tone control so it's just like a Telecaster, with an overall master tone and volume, which is important, particularly for slide, because sometimes you have to mellow down a slide sound if you're doing a Muddy Waters type of thing. Otherwise I stay as close to the original as possible. The machine heads have been changed a million times, except this odd man out here, I left this sixth one out for the gypsies. It fell one night and the back came out of it, so I just left it there.It was a little bit spooky so I left it alone. It's a superstitious thing.

'People look at my guitar and think that I must treat it badly. I admit I used to throw it about a bit in the early days, but it's really just that I use it so much that over the years the paint has gone, one little chip at a time. I don't see guitars as things to be left in glass cases. I love all great guitars, but they have to be used and I can get a kick out of a $15 Silvertone too. It's not meanness, it's just that any guitar over x-hundred dollars just becomes a status symbol. Then again, I grew up in a time when I remember Telecasters and Strats being about $250 to $350, whatever.

'I hate using your one-line clichés, but this guitar is part of my psychic make-up. I've had troubles with it, but I'm fortunate enough. It's like B.B. King has a hundred Lucilles, I've only got one Strat. I don't even call it a woman's name or whatever. It's just, from where I came from, to own a Stratocaster was like monumental -it was impossible. They got me posing in front of Michael Caine's house with it so it can't be all that bad! 'There'll be arch battles for as long as we go on about the warmth of Les Paul guitars and the twang of a Telecaster and all that, but I would panic before I go on stage without this guitar- it would have to be a Strat, and this one in particular.' 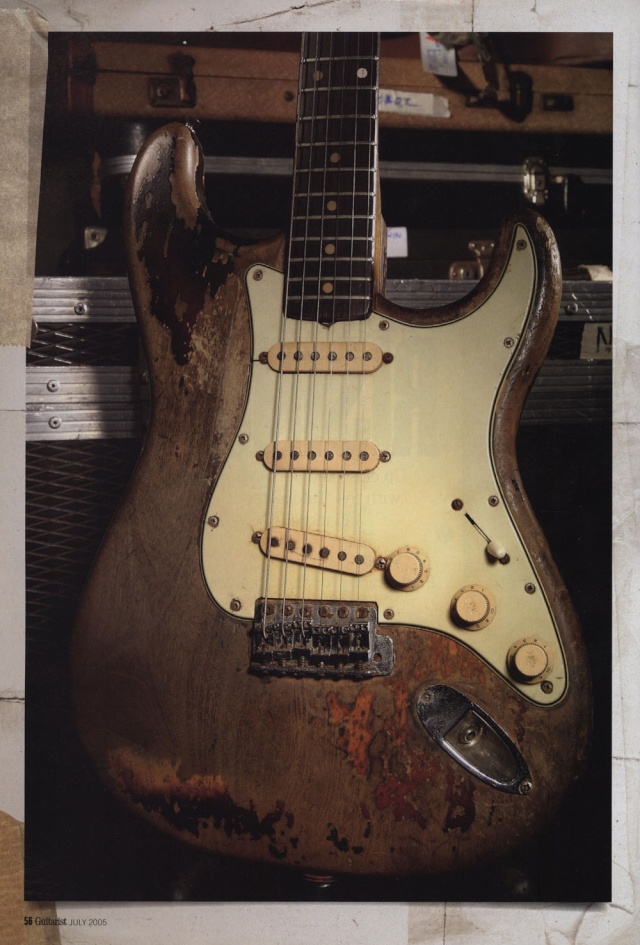 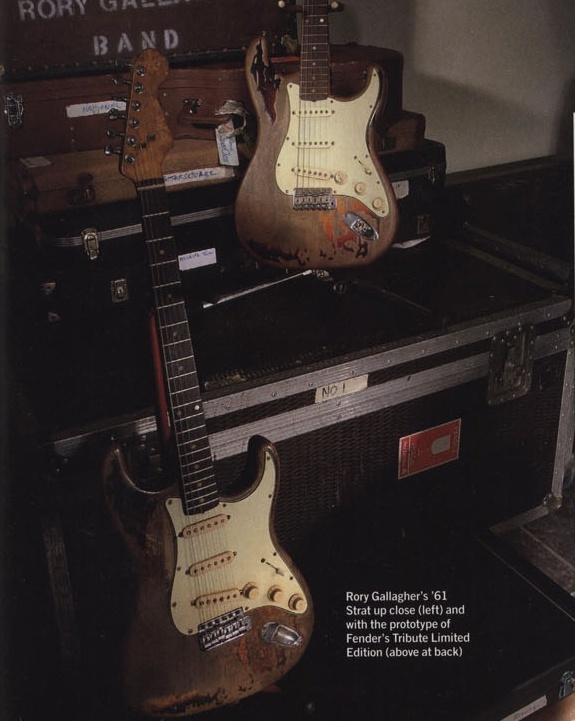 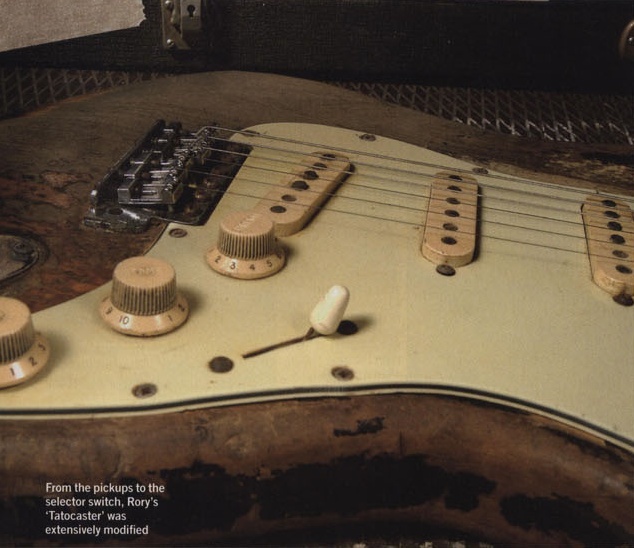 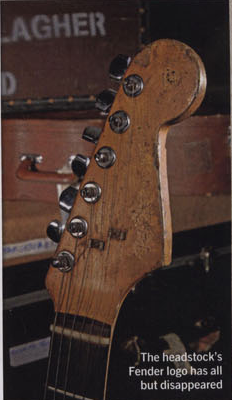 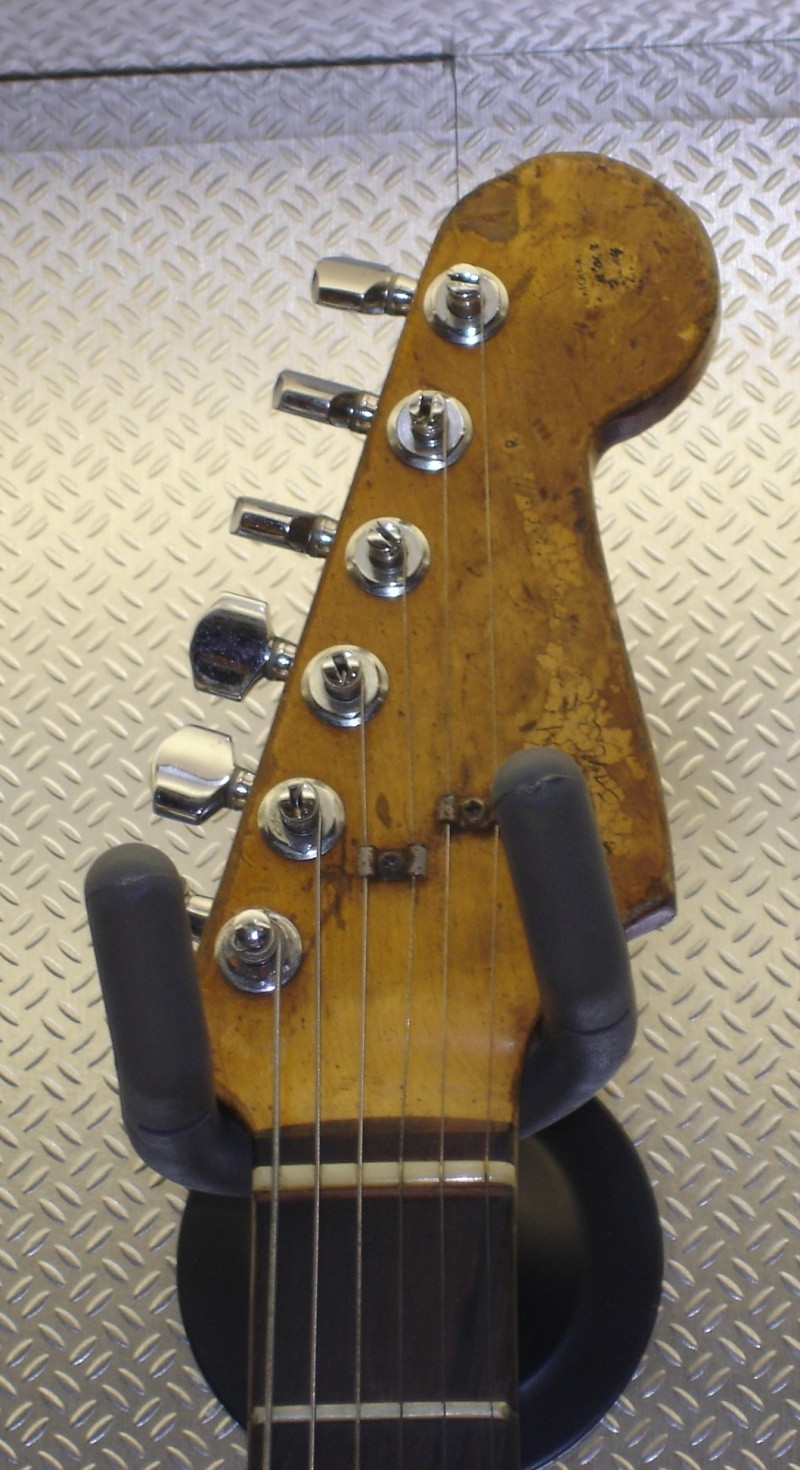 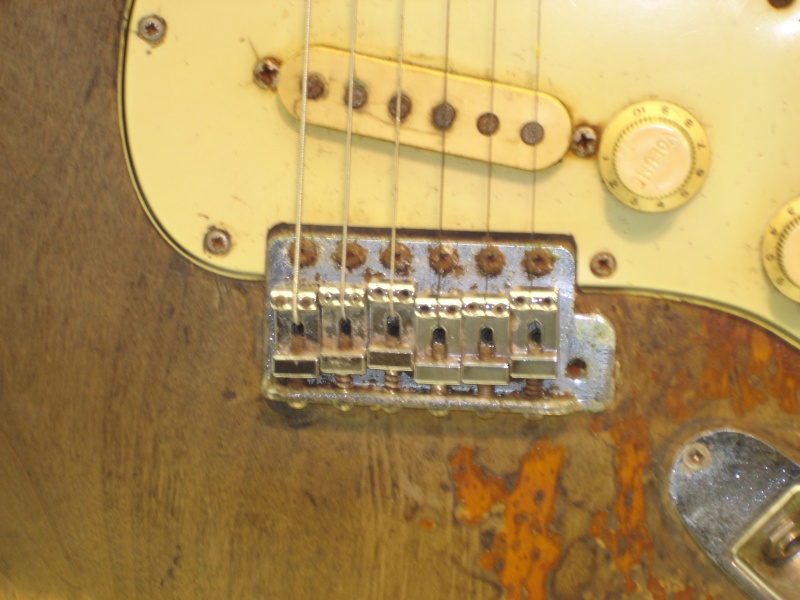 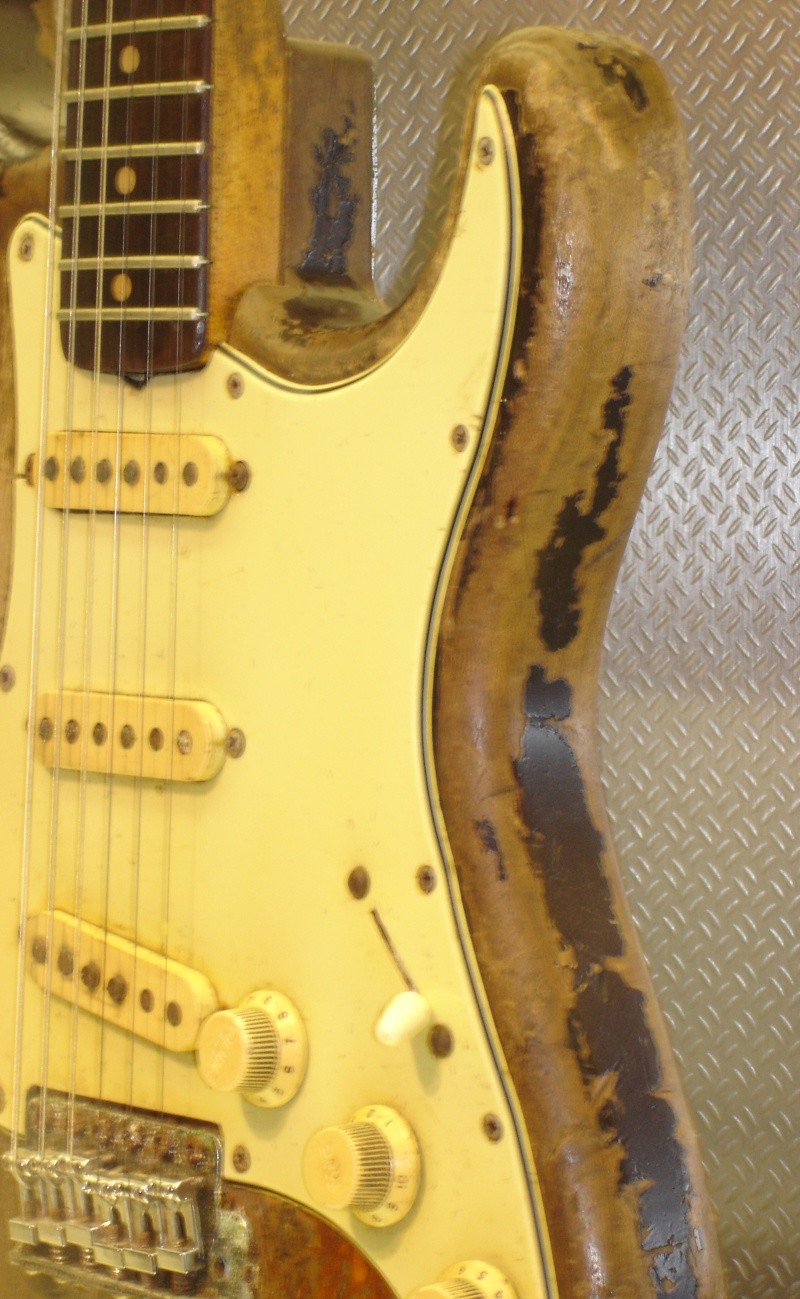 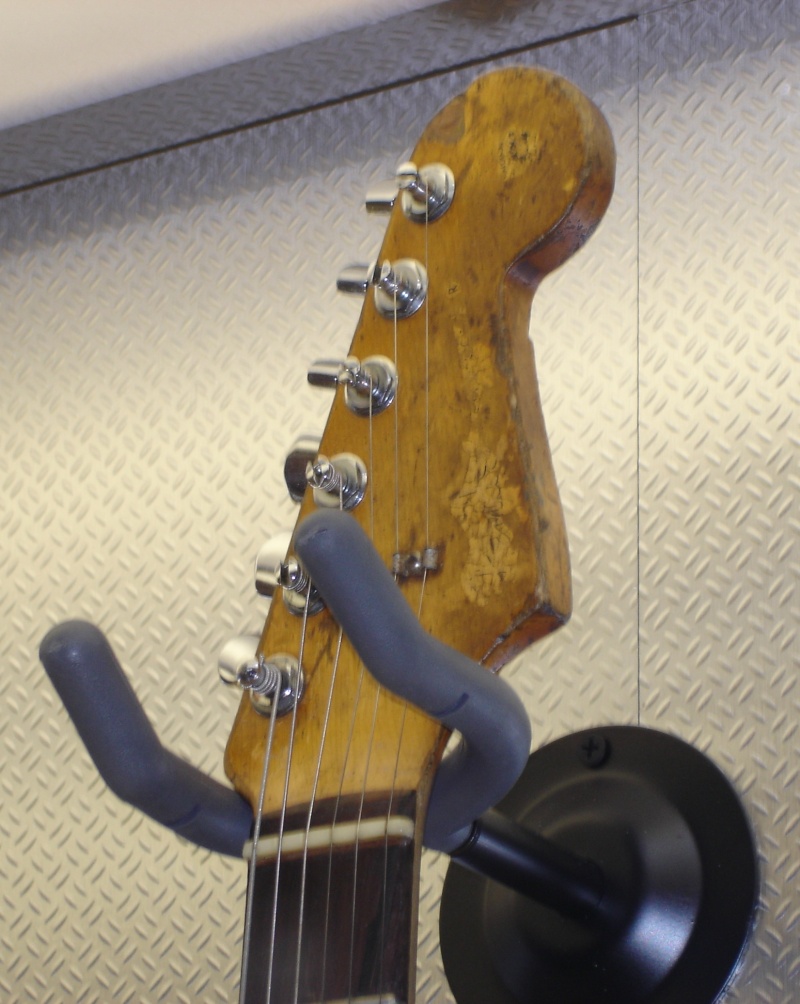 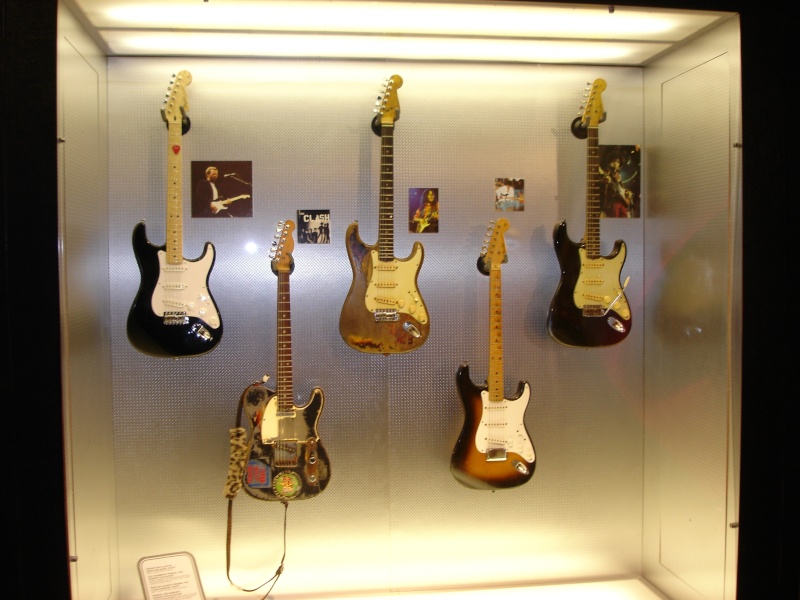