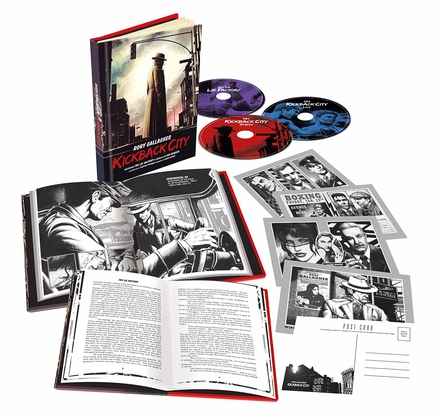 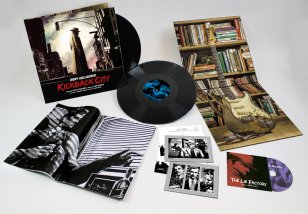 Have a look at this beautiful Kickback City poster !!!

Since Rory Gallagher's untimely death in 1995, his estate has been handled with impeccable care by his brother Donal.

Rather than foist sub-standard unreleased material on his fans, Donal has tried to present Rory's music in the best possible way and this latest project – which plays on the guitarist's love of noir crime fiction – is about as different from any other album release this year.

The compilation includes those tracks that might best suit the noir theme, including the incendiary pair of Continental Op and Loanshark Blues, and – unsurprisingly, given the title – Kickback City.

A collection of live cuts is also included which once more reinforces the legend of a man with roots in both Donegal and Cork.

But what makes the enterprise that bit special is the fact that acclaimed Scottish crime writer Ian Rankin has been commissioned to write an accompanying novella inspired by Gallagher's music.

The attractively illustrated slim volume will appeal to noir aficionados and an additional disc features a narration of the book from actor, Aidan Quinn.