I got really into blues music at quite a young age through my dad. Artists like Robert Johnson and Rory Gallagher really inspired my desire to make music and practice all the time.

Richie Faulkner a écrit:"we were all — me and Glenn particularly, and Ken [K.K.] — rooted in the blues, like [Jimi] Hendrix and Rory Gallagher 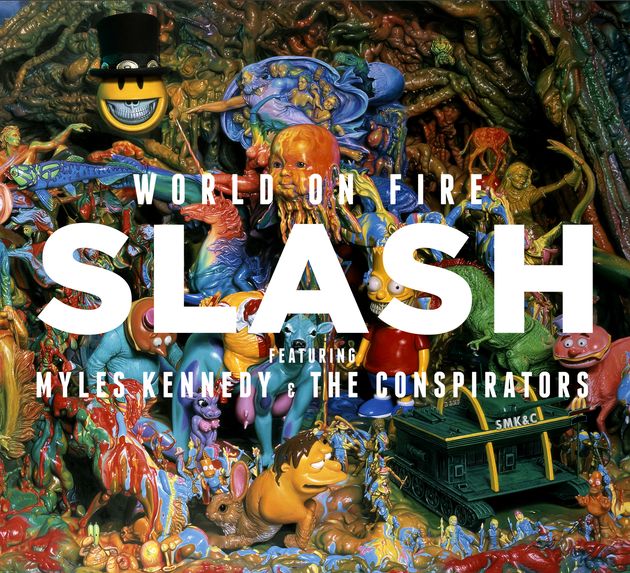 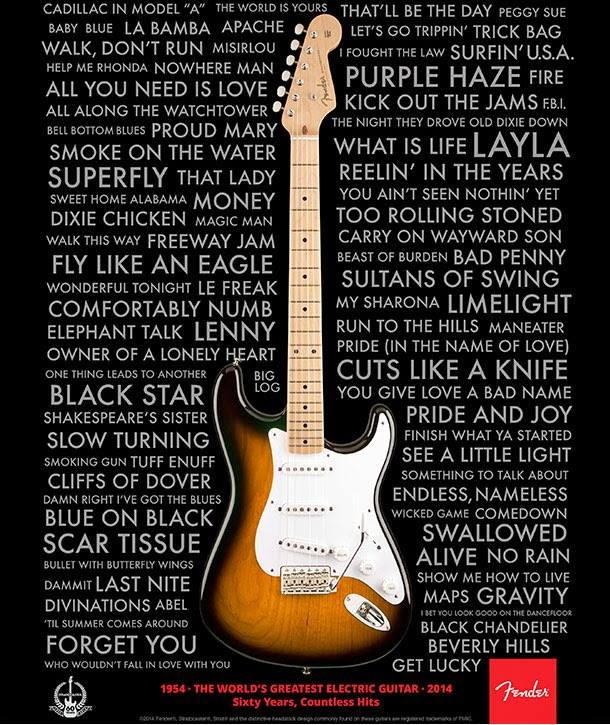 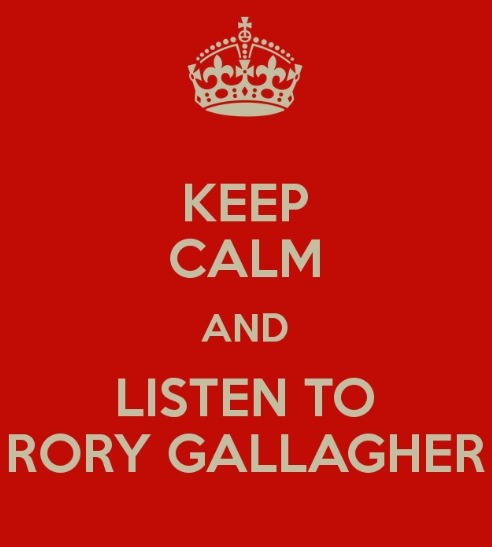 "He's one of the guitar players I got turned on to at a pretty young age. Nobody else I knew was really too hip to him, at least in Hollywood. But then they were sort of all into Randy Rhoads, anyway. Rory didn't sound like anybody else. There are a million guys who sound like Stevie Ray Vaughan, but I never heard anybody who could really pull off sounding like Rory Gallagher. He had a very individual, independent kind of tone and approach and everything. He's always been a big hero to me."

Slash a raison en plus. 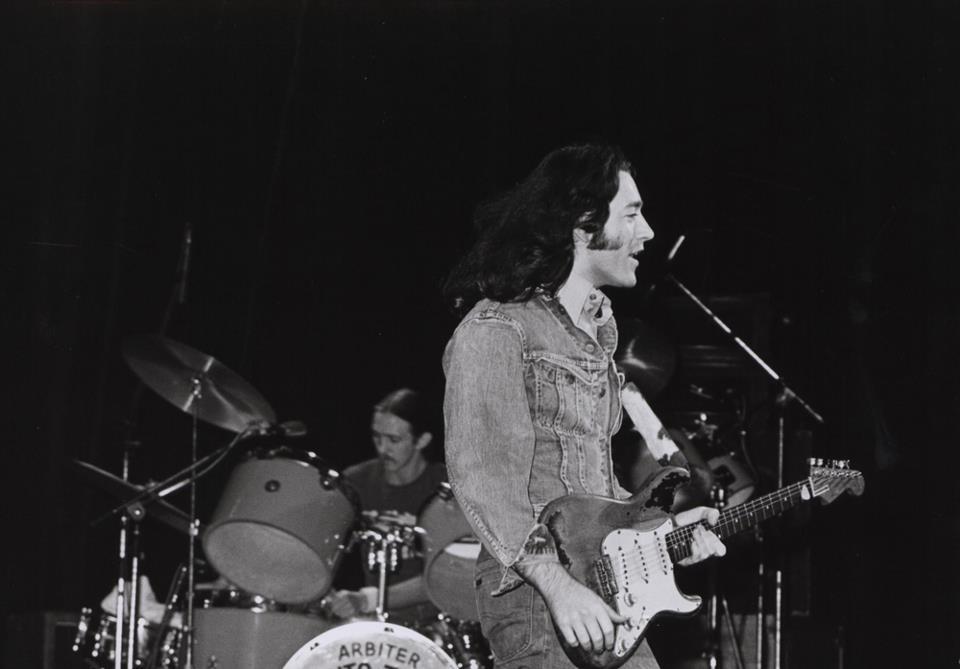 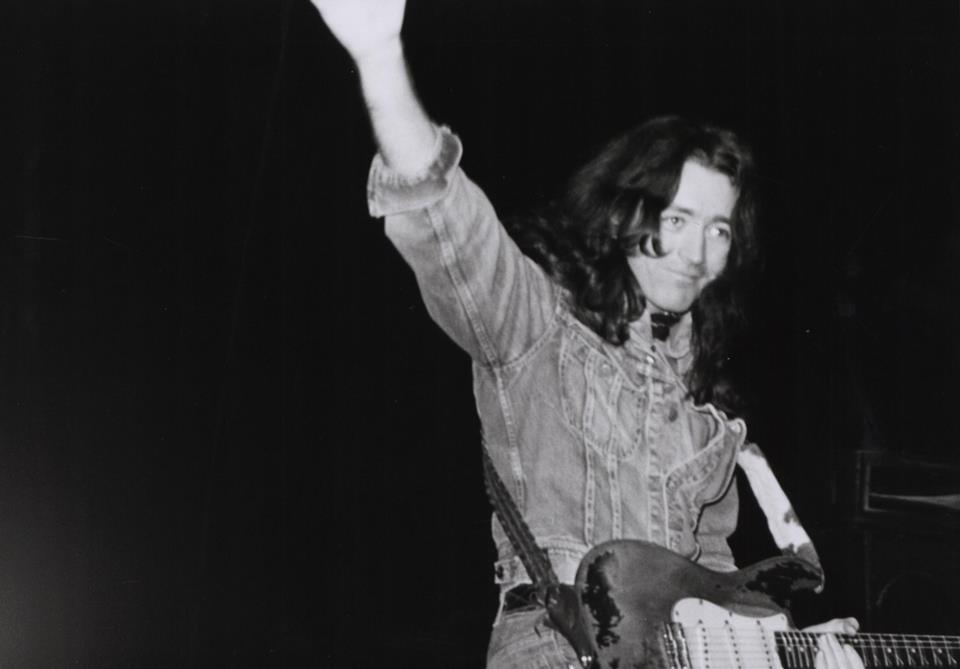 He made us realise that exciting music could have an Irish accent'.

Happy to pay tribute tonight to guitarist Rory Gallagher on 40th anniversary of Irish Tour 1974. I attended one of those concerts - in Cork. 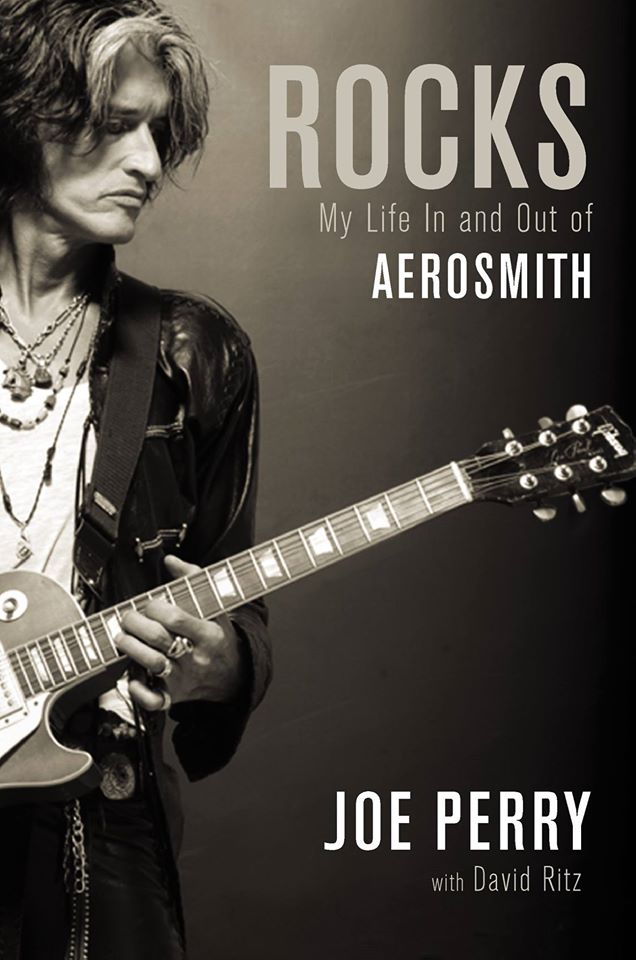 
""We played the outdoor Schaefer Music Festival in Central Park (New York City) - fifty thousand people strong - where Rory Gallagher opened for us. He was a hard-drinking Irishman with his own brand of blues rock that captivated the crowd. In between songs, he'd belt down another Irish lightning that seemed to add to his energy. He kept playing and playing, way beyond his cutoff time. Afraid of inciting a riot, the promoters let him go on - at our expense. When he finally left the stage, the crowd, wanting more Rory, started throwing cans and bottles. We set up among the flying debris. The debris kept flying during our set. Brad got hit and a broken bottle cut Joey's arm, but in defiance, we held our ground and played, only to be cut off by the curfew. I remember it as the only time that we were blown off fair and square in true rock-and-roll style. That night Rory Gallagher was just too good to stop".

How big was the influence of Rory Gallagher and Gary Moore in your music?

Huge influences, huge. And we were very proud of them. When we were growing up, Rory was the first real rock star out of Ireland and I think that without him you wouldn’t have had Thin Lizzy, U2 and the likes. Rory paved the way without a shadow of doubt, no mistake about it.

Is it fair to say that Rory helped to tailor your style?

Yes, yes and we kinda model ourselves on the whole three piece thing like Rory. We just loved him and were very, very proud of him. I really do think that he made people look at Ireland and think that maybe there’s something over there.

The Continued Tales of a well Travelled and Worn Stratocaster.

When asked by the BBC's 'One Show' programme, to do an interview with them at a Slash gig, in Dublin and would I bring Rory's guitar along too, I thought well 'needs must'.The 'One Show', plan to pay tribute to my brother on his 20th anniversary, next year and Slash was making his contribution to that show also.
After a night of cold sweats and anxiety attacks at the thought of minding the instrument through todays airport and airline security, I headed out to London’s Heathrow Airport.
The BBC had made arrangements for Rory's traveling guitar and Irish airline Aer Lingus were great,  making no fuss about the instrument being on board with me.
Making a smooth arrival into Dublin, my accommodation was booked at the ironically named Gibson Hotel, who's logo was a strat head-stock, my room had a lovely print of Jimi Hendrix too, I began to think, ‘Rory's guitar knows where it wants to be’.
Also, the hotel was conveniently adjacent to Slash’s gig at the 3 Arena.
Following a call from the BBC crew, my interview seemed in jeopardy, as things with Slash we're running late, with his 60 min BBC slot being literally ‘slashed’ to just 15 mins - a wasted journey I thought !
At least. I would reacquaint with Rory admirer, Andy Kershaw ( check out his book "No Off Switch " nice writing and photos of he and Rory too ), who was conducting the interviews. I knew Andy since he was the social secretary, at Leeds University and booker of the bands.
Andy was conducting the shortened Slash interview and said to the guitarist, " So, you don't want to see Rory Gallagher's guitar then ?".
Slash was unaware of the reduced time, so, he told his 'handlers' to get their priorities in order and soon invited the ‘stratocaster’ + I  over to his dressing room.
I first met Slash at The Roxy, L.A. in ’91, when my brother invited him on stage for a jam, Rory and they got on very well together. Following Rory’s passing, I met the guitarist at his London Snakepit gig, with my son’s Eoin and Dan - how cool was that for kids!
Having sheared our memories, Slash held Rory's stratocaster with great reverence, I felt he was as nervous as I was in it’s presence.
That evening, Slash, with Myles Kennedy & The Conspirators, opened their set with “Avalon”, a Rory inspired track from their new album ‘World On Fire’ - the band rocked the Dublin venue out with a terrific performance.
Back at the hotel, I had put Rory’s ‘stratocaster’ securely to bed, I searched for the Do Not Disturb sign to hang on the door while I popped down to the lobby to say my goodbyes to some of the BBC crew.
Looking all over the room, I finally found the sign which said : I’m Not Awake Yet - (a track from Rory’s ‘Deuce’ album).
Irony, serendipity, spiritual and so on; call it what you want, I call it not messin’ with the Kid.